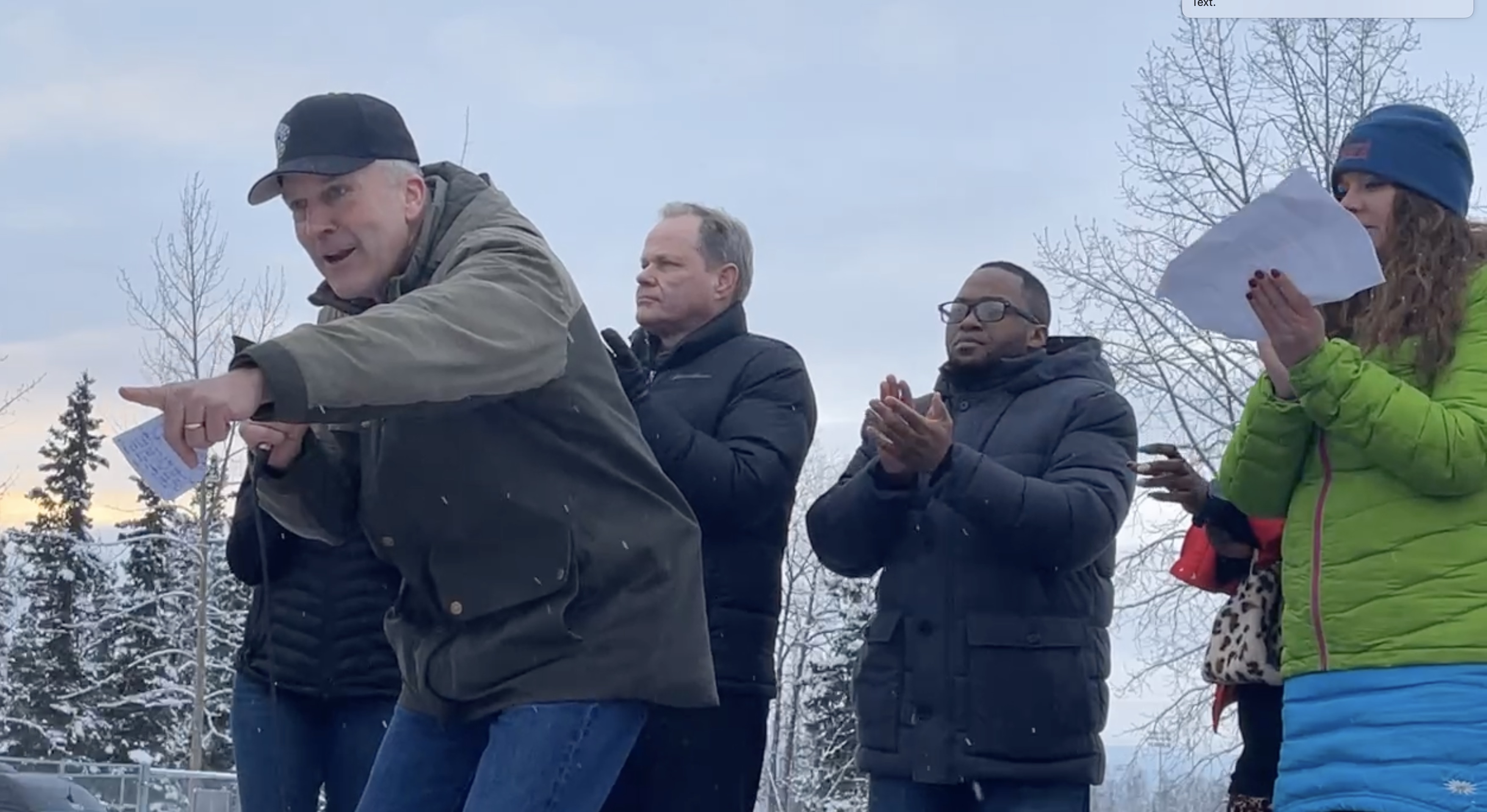 Sen. Dan Sullivan could have used the anti-vaccine rally to mention the importance of getting vaccinated to prevent more needless deaths and hospitalizations and to reduce the burden on our strained health care system.

He could have mentioned the new study by the State of Alaska that confirms research about the value of getting vaccinated.

He could have mentioned that most of the people in Alaska who have died from COVID-19 were not vaccinated and that they died after vaccinations became widely available.

He could have mentioned that the Centers for Disease Control reports that unvaccinated adults have a risk of dying that is 97 times greater than adults who are vaccinated.

And he could have mentioned that the national death toll now exceeds 900,000, with a couple of thousand people still dying daily.

But Sullivan didn’t do any of that when he spoke to the so-called “freedom convoy” in Anchorage.

He chose instead to pander to the people, a cheerleader for vaccine opposition.

Sullivan joined Anchorage Mayor Dave Bronson, Senate candidate Kelly Tshibaka, Assembly member Jamie Allard and other dignitaries in warping the meaning of freedom beyond recognition. The freedom to do what? Infect others? Put countless lives at risk?

If you want to hear his entire unhinged harangue, check out this video on a right-wing Facebook page, with Sullivan taking the microphone about 10 minutes from the end of a three-and-a-half hour video.

He was followed by Bronson, who said the people who support vaccine mandates are the same people who want to take away your guns and your access to land for hunting and fishing, etc. “We are right. They are wrong,” said Bronson. “We must win and they must lose.”

Sullivan said he was there to support “peaceful protest in defense of our liberty,”  equating opposition to vaccines with liberty.

“The second reason I wanted to be here today is like all of you, I support our truckers,” said Sullivan.

“Two years ago at this point we started to have this pandemic hit us and if you remember everybody was told to stay home. We were doing telework, a lot of people were doing telework. That’s fine. But guess what? There is a whole sector of the Alaska and American economy that can’t telework, right?”

The main reason Sullivan was there was to complain about the president’s attempt to make vaccinations mandatory in the interest of public health, the economy and saving lives. Sullivan didn’t put it that way, of course.

“I do not believe that the federal government and particularly the president of the United States has the power to look at American citizens and say either you get vaccinated or you get fired for your job. No. No. He doesn't have that power.”

“It should never happen in America that you have to think about either putting food on the table for your family  or getting a shot in the arm, OK? Now here’s the thing. I got vaccinated, OK? I’ve encouraged other people to get vaccinated in accordance with the consultation with their physicians, but that is the exact point. It’s an individual choice, not a government mandate.”

“And here’s the final thing and you need to know it because you don’t always read about it in the press, on this issue of the Biden unconstitutional, illegal mandate. I’ve been leading the charge in the Senate, but here’s the deal. We are actually winning, we’re winning. We won a very important case in the United States Supreme Court, me and several senators filed a brief to the Supreme Court, we won that 6 to 3,  where they shut down Biden’s illegal OSHA mandate, OK. Huge.”
”And I co-sponsored with a bunch of senators what was called a congressional review act resolution rescinding the Biden mandate. That passed in the United States Senate in a bipartisan vote, Democrats and Republicans.”

“So we’re winning on this, we’re gonna keep fighting it and this is what people, whether it’s the president or other people need to see. They need to see this, like I said, peaceful protest in defense of liberty, one of the highest things you can do as an American citizen. We’ve been doing it since the founding of this great republic. And I’m gonna head back to Washington right now and keep fighting this unconstitutional, illegal mandate. Thank you very much. Keep up the great work.”

In his full-throated defense of a distorted notion of “freedom” that continues to cause needless suffering and death, Sullivan showed no hint that he understands or cares about any of the life-and-death questions raised by the pandemic.  But pandering? He knows all about that.