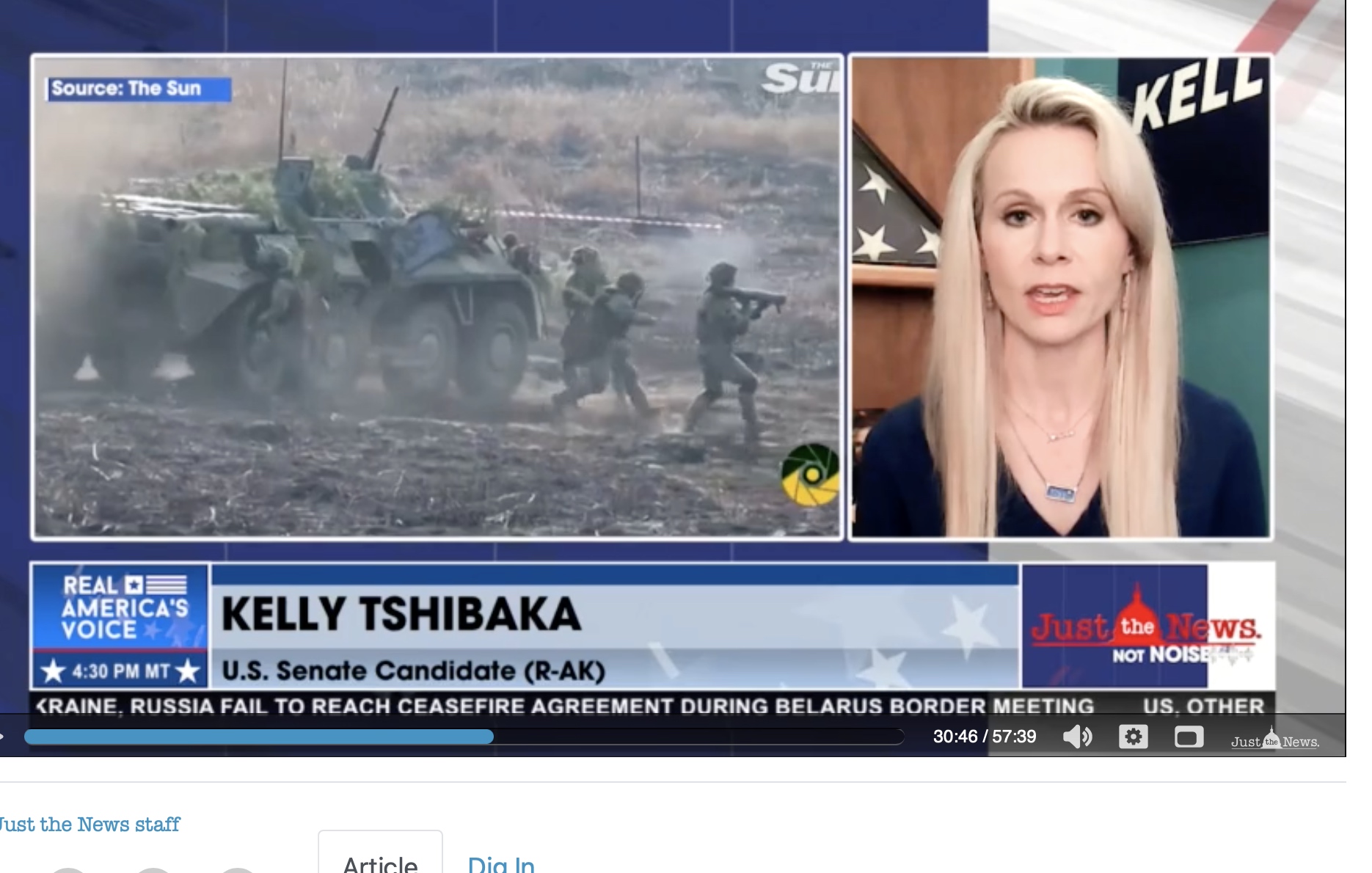 U.S. Senate candidate Kelly Tshibaka has a habit of embellishing the stories she tells, improving on the facts for campaign purposes.

She says her parents were once homeless in Alaska. They weren’t. Camping in a campground in 1975 in Anchorage during the trans-Alaska pipeline boom does not mean they were homeless.

She posted an exchange on social media this week with her dad, holding up an Anchorage Times photograph of the tent he occupied in the summer of 1975. The photo and story on June 5, 1975 was about the severe housing shortage in Anchorage at the time.

There were hundreds of job openings in Anchorage then and more than two full pages of help wanted classified ads. Getting a job had never been easier. Tshibaka is claiming that her dad was in a tent because he could not find a job, etc.

The Anchorage Times story by Paul Nussbaum quoted the manager of Lion’s Camper Park, the temporary 1975 home of Tshibaka’s father, as saying that people were in the campground in tents and campers because they wanted to be. “They just think it’s cheaper,” the manager said.

The humble origin brag is a mainstay of her campaign. “We are literally a family that went from homeless to Harvard,” Tshibaka said a year ago in an interview with right-wing politician Jim Minnery, a slogan she also tried out with other right-wing groups.

Allsup’s 1971 dissertation is “Certain teacher and teaching factors related to pupil success in reading in the second and third grades.”

Tsibaka’s grandmother on her mother’s side, Jean Allsup, earned a bachelor’s degree in business from Oregon State University. She also earned a teaching degree from California State University-Northridge.

In an interview on a right-wing site this week, John Solomon introduced Tshibaka by saying:  “You have an amazing story. Your parents were born in Russia. You emigrated here. You’ve become a leader in Alaska.”

Tshibaka, who was born and raised in Alaska, did not correct him.

Tshibaka repeated her false claim that Deb Haaland is Interior Secretary only because of Sen. Lisa Murkowski, saying that a committee vote made all the difference. Under the Senate rules, Haaland would have been confirmed with or without Murkowski’s tie-breaking vote in committee.

Tshibaka said Biden and Haaland and Murkowski are  to blame for the Ukraine invasion and claimed Biden “shut down all energy production here in Alaska,” which is not true.

She said that Murkowski is “not allowed to run as a Republican in this election,” which is not true.

In the Solomon interview, Tshibaka said: “I was actually in Russia at the fall of the Soviet Union back in 1991 and remember vividly the tanks going through the streets of Moscow. And even Russian citizens being terrified for their lives. If they’re terrified of their ruler, we should be as well.”

In 1992, as an eighth-grade student at Hanshew Middle School, Kelly (Hartline) Tshibaka went to Irkutsk, Russia from March 6-20 on a school exchange.

The Anchorage Times published journal entries about the visit to Irkutsk on  March 27, 1992. In the entry it published from Hartline, she mentioned having ravioli for breakfast and seeing the ice on Lake Baikal. "When we returned to the school, there were about 17 boys waiting at the outside basketball court with a basketball for us," she wrote.