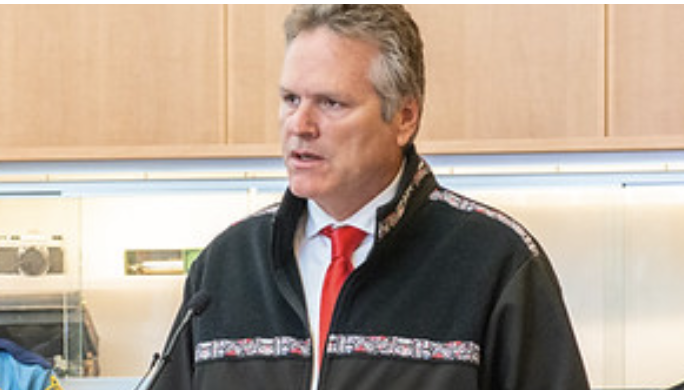 On February 1, 2022, Alaska Attorney General Treg Taylor signed a settlement agreement committing the State of Alaska to pay $495,000 to two API doctors wrongfully terminated by Governor Mike Dunleavy and Tuckerman Babcock for refusing to sign a loyalty pledge in violation of their First Amendment rights.  This settlement is both illegal and unethical.

Any monetary settlement or judgment in the API doctor litigation is a personal debt of Governor Dunleavy and Mr. Babcock.  The public has been rightfully outraged by the Attorney General’s agreement to pay this settlement because state funds cannot be used to pay an official’s personal debt.  Article XI, section 6 of the Alaska Constitution prohibits the use of state money “except for a public purpose.”  Just as the State cannot pay an official’s mortgage or credit card debt, it is illegal under our Constitution for the State to pay this settlement.

This is not a close call.  There is no question that all damages the two API doctors suffered stem from Governor Dunleavy’s and Mr. Babcock’s illegal actions, actions that the State has no liability for as a matter of law.  The two doctors sought damages only from Governor Dunleavy and Mr. Babcock in their personal capacities in their lawsuit because it is black letter law that both the State and State officials acting in their official capacities enjoy absolute immunity from civil rights claims in federal court.  Federal District Court Judge John Sedwick recognized that the State is immune when he ordered that “Plaintiffs are entitled to judgment on their § 1983 claim for damages against Defendant Governor Dunleavy and Defendant Babcock in their personal capacities…”  Indeed, the U.S. Supreme Court has long recognized that although civil rights claims against officials “seeking damages from the public treasury” cannot go forward in federal court, a state official who violates the Federal Constitution is “stripped of his official or representative character and is subjected in his person to the consequences of his individual conduct.” Scheuer v. Rhodes, 416 U.S. 232, 237 (1974).

This sweetheart deal inked by the Attorney General, who serves at the pleasure of the Governor, also violates the Alaska Executive Branch Ethics Act (AS 39.52.120).  Under that law, “A public officer may not use …an official position for personal gain, and may not intentionally secure or grant unwarranted benefits or treatment to any person.”  A public officer also may not “use state time [or] property … to benefit personal or financial interests.”  Both the Governor and the Attorney General appear to have violated our ethics laws by entering into this settlement.  Any member of the public may file a confidential complaint under the Alaska Executive Branch Ethics Act, and both our Governor and Attorney General could be subject to double damages if the API doctor settlement is paid.

Fortunately for the public, the Alaska Constitution provides a check on the ability of the Executive Branch to gain personally in this manner.  The State cannot pay this settlement without an appropriation by the Legislature.  The Legislature also has the power to ensure that the State pays only its share of the costs to defend the litigation, and that Governor Dunleavy and Mr. Babcock pay their fair share of costs incurred in defending the individual claims against them.  And if the Legislature does not do its job, Alaska’s courts are always there to ensure our Constitution and ethics laws are followed.