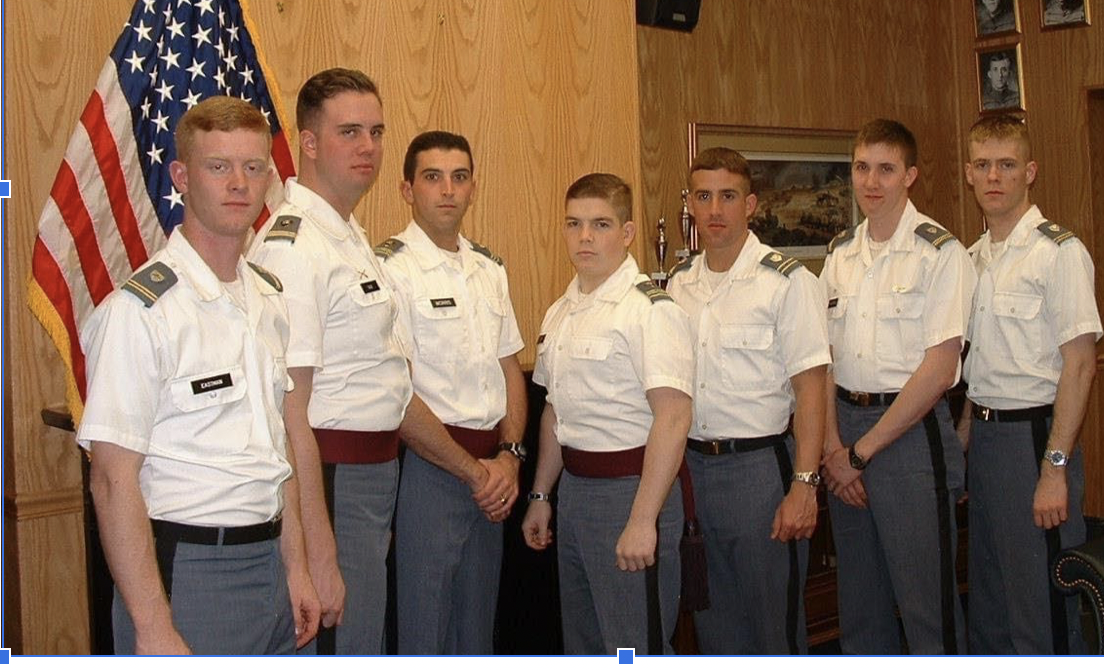 But he doesn’t want you to know that.

Like most white supremacists and Holocaust deniers, he hides his agenda behind a firewall of plausible deniability. But once you know what to look for and how to look for it, it’s undeniable.

David’s strain of white supremacy is not benign or even casual racism; rather, he was proudly present at the January 6 insurrection, is a 20+ year member of the John Birch Society, and a lifetime member of the “Oath Keepers,” a seditious militia dedicated to promoting extremist beliefs through violent action.

I know all this, because I’ve known David since we were classmates at West Point:

That’s when he tried to recruit me to join the John Birch Society.

As a cadet, I found it odd but not off-putting that David belonged to a group so concerned with communism — a dead red horse with no international significance since the fall of the Soviet Union. But after becoming an attorney after serving in the US Army Infantry, I began to understand.

As one of the defense attorneys in the notorious Charlottesville “Unite The Right” trial (Sines v. Kessler) I was immersed with neo-fascists for over two years. I learned how they think and, more importantly, how they behave publicly and in private. I became familiar with the rhetoric, coded language, and strange obsessions of the far right, because I defended them in court, and it became all too obvious to me what David truly stands for. I often avoid the term “white supremacist” because it’s become so politically charged lately, but I struggle to find a better term to describe my old classmate.

The John Birch Society’s obsession with communism isn’t really about a failed and outdated economic philosophy. When a neo-fascist like David uses the words “Communist” and “Marxist,” he’s referring to Jews and those who don’t actively oppose them. This coded language is a key piece of the neo-Nazi tool kit. Terms like these are benign enough to dodge the ire of the Anti-Defamation League, but more than sufficient to communicate his worldview to his fellow neo-fascists.

Neo-fascists and white supremacists survive by hiding their most extreme views from normal people, whom they call “normies.”

Like cults, they carefully groom and recruit potential allies by slowly introducing their ideology through a deliberate process of indoctrination. They use coded language so that normies won’t recognize their messaging, but their fellow travelers will. But behind closed doors, when they think normies can’t see or hear, they drop all pretense and code. Among themselves, they are clear and earnest about what they want: a neo-fascist, puritanical autocracy achieved through violence. If caught saying something most ordinary Americans would find appalling, they claim it was a “joke.”

At the Charlottesville civil trial, I sat next to some of the most dangerous personalities in the neo-fascist community. Leaders of this movement are on a charm offensive to publicly brand themselves as benign patriots, while secretly signaling their commitment to white supremacy for the benefit of their fellow neo-Nazi sympathizers. People like David Duke, Richard Spencer, and David Eastman are cut from the same racist cloth: suit-and-tie wearing wolves in sheep’s clothing who read as all-American, wholesome, and conservative to the general public.

Unlike the torch-carrying, swastika-clad foot soldiers of neo-fascism, these policy-level operators are clean-cut, articulate, outwardly normal people who can infiltrate and influence American institutions, including law enforcement and elected office — people like David Eastman.

How do I know David is a bona fide neo-fascist and Nazi-sympathizer, as opposed to a garden-variety conservative legislator or even a casual racist? Last September, he posted this on his official social media accounts: a photograph and picture of Adolf Hitler and a link to the following website:

Nobody links to obscure Holocaust denial websites by accident; and, in the spectacularly unlikely event that they had, they would immediately remove the link and apologize profusely. That is, if they were a normie. But David is not a normie, so he did neither. As of this writing, the link is still up on his official Twitter and Facebook accounts, and he has not apologized.

When Anchorage Daily News reporter James Brooks asked David if he was a Holocaust denier, he cleverly responded, “No, there’s nothing to deny.” This is a masterpiece of coded language and verbal gymnastics. A normie might conclude that David is saying, “No, I don’t deny the Holocaust.” But to his fellow neo-fascists, “There’s nothing to deny” means that he either believes the Holocaust didn’t happen, or that he finds it politically useful to promote revisionist history. Only a Holocaust denier who doesn’t want to be publicly identified as such would respond this way.

That’s who David is. But his revision of one of the most prolific and well-documented genocides in human history is merely the tip of the iceberg. Evidently, he also keeps an SS Honor Dagger in his Capitol Building office in Juneau.

Consider that for a moment. It’s not an accident. And it is in no way equivalent to a collector’s ensemble of seized enemy trinkets, like a captured Luger or Iron Cross that your grandfather took off a dead German officer during the war. It is a specific and public sign of his allegiance to the ideals of a defunct criminal organization dedicated to mass murder and racial purity.

Possessing Nazi memorabilia like this raises the question of whether David is merely a Holocaust denier, or if, secretly, he considers the intentional mass murder of millions of people to be the crowning achievement of the “White Race,” one which he would embrace if it was politically acceptable to do so. And while knowing the dark truth of a man’s heart remains God’s gift alone, it’s easy to read the signs when they are obvious to anyone who cares to look.

In a clumsy attempt to simultaneously cover his tracks and signal his allegiance to neo-Nazism, David visited the Holocaust Museum in Washington, D.C soon after posting the link. After all, would a Holocaust denier visit a museum dedicated exclusively to the Holocaust? Once again, the answer is “Yes” -- if you know what you’re looking at.

Look at the photo he posted for the occasion. To a normie, it appears that David is frowning in disapproval at the monstrousness of The Führer’s words -- at worst, it might look like he’s a politician trying to score a tacky photo op at one of America’s most somber memorial spaces. But to his fellow neo-fascists, he is standing at attention and paying respectful homage to Hitler. Normal people don’t take selfies in front of Hitler quotes.

None of this is accidental. David has an undergraduate degree in Law and Legal Studies from West Point, studied Law & Jurisprudence at a Christian ministry based in Oxford, United Kingdom, and earned a master’s degree in apologetics (the use of language to defend religious orthodoxy). He is a highly skilled rhetorician and a master of communicating in coded language. He knows exactly what he is doing: creating just enough deniability to evade being labelled a racist and Holocaust denier without denouncing either plainly enough to disappoint his fellow neo-fascists. In other words, he hides in a place that shields him from scandal while augmenting the danger he presents to our Republic -- in plain sight.

But the truth is undeniable: David Eastman, my classmate, is a white supremacist and a neo-fascist. And now you too know his secret.

Edward ReBrook IV. Rebrook is a West Point graduate, classmate of Rep. David Eastman and currently works as a private attorney. The opinions and allegations contained in this piece are his own.‍