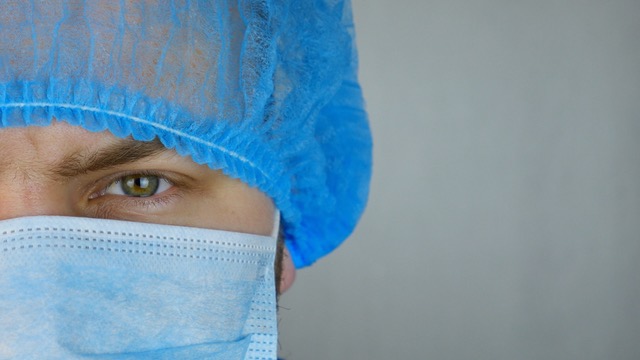 I have a question for the Alaska State Medical Board

I have a question for the Alaska State Medical Board. But first, a little context.

A debate is happening around the country about how medical establishments should deal with doctors and other health professionals who publicly advocate ineffective or even harmful medical treatments for Covid-19, or discourage members of the public from seeking efficacious, standard-of-care treatments, or publicly attack and undermine confidence in FDA-approved vaccines, or claim that masking to prevent virus spread is harmful, all of this contrary to the best scientific research and the consensus of the country’s leading medical experts.

That misconduct is happening in Alaska, but the public discussion has barely begun.

On Oct. 14, leaders of the Alaska Chapter of the American Academy of Pediatrics took the unusual step of writing a public letter rebutting and condemning the public comments of Dr. Michael Savitt, a pediatrician who is the chief medical officer of the Anchorage health department. That was extraordinary because doctors are loath to publicly criticize other doctors. I know still other doctors in the community are privately expressing their distress and asking each other what they can do to curb such medical misconduct.

I am a layman and in no way an expert on medical ethics, but I can read the American Medical Association’s Code of Ethics, which the medical board has adopted to apply to doctors in Alaska. I have seen the conduct of some Alaska doctors clearly violate that Code of Ethics, and I have filed formal complaints with the medical board, which has a responsibility to see that the code is upheld.

While my complaints are already submitted, I am calling on the board to do more, because this matter is too urgent to go unaddressed for months or years. I’m concerned about the medical misinformation that is reaching the public right now. Today. And tomorrow. More than 700 Alaskans have died so far, and more are literally dying almost every day of this disease.

I’m afraid the board will consider this issue unimportant, or that it might choose to ignore it, preferring not to disturb what could prove to be a hornet’s nest.

I am really asking only one question:

What does the Alaska State Medical Board, which licenses and governs the conduct of all doctors in Alaska, have to say about doctors who give clearly inaccurate and possibly life-threatening misinformation to the public in order to promote their personal political or institutional agendas?

This is not a trivial matter. Medical misinformation is readily absorbed as medical advice by many members of the public, and that can be serious to the point of life-threatening for individual members of the community. It is crucial that the medical board send an unambiguous message to both the public at large and the medical community that the dissemination of knowingly false and dangerous medical information by doctors will not be tolerated.

The Alaska public deserves to know how the board will answer the question posed. The board has an obligation to provide that answer sooner rather than later.

I am asking the Medical Board to do one of two things:

Expedite its handling of my and any other similar complaints in order to address the issue now and render its judgment about whether certain public statements of false, misleading or dangerous medical information by the named doctors is unacceptable. And, if the board will not tolerate such conduct, what consequences will be imposed on those doctors, thereby setting a standard for all doctors in Alaska.

Or issue, at its earliest opportunity, an advisory statement outlining its view of the ethical requirements of Alaska doctors with respect to the public dissemination of false, misleading or dangerous medical information, and the potential consequences of such conduct. In effect, the board would be warning doctors that certain kinds of behavior violate the board’s adopted code of ethics and could lead to sanctions or reprimands or even, in the most extreme cases, license suspensions. Then my and other pending complaints could be handled in the normal course of board business.

Of course, the board has other options. It could do nothing, or do something a year from now. In either case, the board would be failing to do right by Alaskans.

If you agree, I urge you to write to the Alaska State Medical Board and tell its members that Alaskans want clear guidelines that prevent doctors from dispensing distorted, misleading and outright false medical information to advance their personal political agendas. Their emaill is medicalboard@alaska.gov.