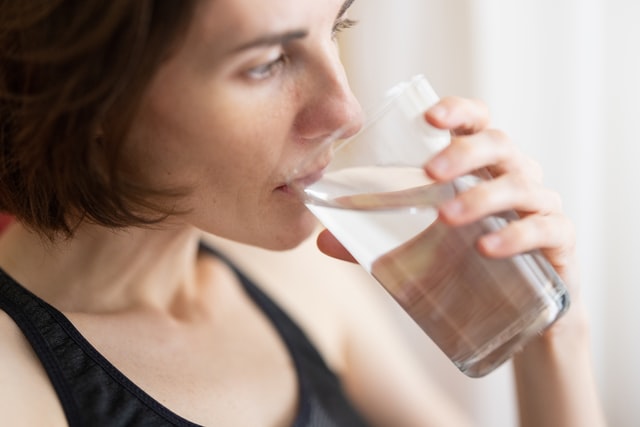 Let’s see if we can figure out what really happened with Mayor Bronson and his water fluoridation escapade. We’ll start with known facts, and then move on to the administration’s spin and lies.

Around lunchtime on Friday, Oct. 1, the mayor and assistant city manager Kolby Hickel drove to the municipal water plant at Eklutna, where they met with water utility general manager, Mark Corsentino. They took a tour and visited with Corsentino and members of his staff. (Both Bronson and Hickel refuse to say who else went with them, although in a press release Bronson’s spokesman said, Bronson and members of his administration visited . . .”)

At about 1:30 p.m., the mayor ordered Corsentino to immediately shut down the process that adds fluoride to the municipal water supply.

Bronson and Hickel then drove back to Anchorage.

About five hours later, between 5 and 6:30 p.m., Bronson and Demboski called Corsentino and told him to immediately resume fluoridating the water supply.

On Dec. 11, about two and a half months later, the Alaska Landmine, a news blog, published a story – based on anonymous sources – about Bronson’s visit. It said, “Bronson and senior staff allegedly stunned AWWU employees when they interfered with or deactivated the system that fluoridates the municipal water supply. . . . Fluoride is added to municipal water by law.”

“This did not happen,” he said.

The next day, on Oct. 12, Assembly Chair Suzanne LaFrance and Vice Chair Chris Constant sent a “Records and Retention Request” to the city attorney and the city’s technology manager asking for a list of records designed to determine whether the allegations in the Landmine story were accurate.

The mayor’s office stood by its statement that “this did not happen.”

Finally, on Oct. 14, the mayor’s spokesman reversed himself and admitted the fluoridation incident had occurred. He did not explain why he had initially lied about it.

This point bears repeating: The mayor, the city manager, the assistant city manager, the head of the water utility and probably other senior members of the Bronson administration knew that their spokesman’s statement was a lie and did not correct it for three days – until they knew they were cornered.

And then the active cover up began.

The mayor’s office concocted a cover story to conform to the relatively few facts known at that point, but which tried to explain and justify the mayor’s conduct. To protect the cover story, the administration did its best to suppress any source of information other than Bronson, city manager Amy Demboski and Hickel, all of whom refused to answer probing questions from reporters.

In a brief phone call with one reporter on Dec. 16, Corsentino said: “While I’d like to (comment), my orders are to let the mayor’s office continue to handle this. At some point in time, the record will get set straight. I’m happy to talk when I’m free to do so.”

This suggests that, in Corsentino’s opinion, the public record, as of Dec. 16, was still not accurate.

Corsentino, Hickel says now, told her back in August that “AWWU employees” had complained about working with fluoride, that it irritated their eyes and skin. Apparently it was such a serious and urgent issue that in two months she never found time to tell the mayor. It was only as she and Bronson were driving to Eklutna on Oct. 1, she claims, that she remembered to bring it up.

Literally within minutes of this discussion, the mayor ordered that all fluoridation of Anchorage water be stopped immediately, even though water fluoridation is required by municipal law. As part of the cover story, Bronson claims Corsentino specifically told him, during the visit, that fluoridation was not required by law. The idea that Corsentino either didn’t know the law, or lied to Bronson about it, is preposterous.

A second Alaska Landmine story, also on Dec. 16, included an email written by Corsentino on Oct. 1, hours after the mayor’s visit, in which he said he specifically told Bronson that fluoridation was required by law.

There is good reason to doubt that employee health concerns about fluoride were serious, or that they played any role in the decision to stop fluoridating.

When reporters asked Aaron Pilkat, the business manager of the Local 367 Plumber & Pipefitters, the union that represents AWWU’s blue-collar workers, about fluoride, Pilkat said no AWWU worker had reported to the union any health or safety concerns about their work with the chemical. If there had been such concerns, he added, he would have known about them and they would have been quickly addressed.

In later versions of the mayor’s story, the worker “complaints” to Corsentino became “non-reportable complaints,” which conveniently revises the story to explain why there is no documented record of fluoride safety concerns, and especially none serious enough to justify an immediate halt to Anchorage’s water fluoridation, in violation of the law, by personal order of the mayor.

There was apparently no discussion of the far more dangerous, potentially lethal chemical chlorine, which is also regularly handled by utility employees.

So what was really going on, and why did Bronson and his team lie to hide it?

The mayor won’t explain. We know it wasn’t because of severe, imminent danger to AWWU workers. Maybe he planned to do it before he went to Eklutna.

We also don’t know what happened in the hours leading up to 6:30 on the Friday night when the mayor’s office suddenly discovered that fluoridation was legally required and ordered that it resume immediately.

The Alaska Landmine turned up another email, written late on the afternoon of Oct. 1, from Corsentino to some AWWU staff and Hickel. In it, Corsentino said he had just talked with Bronson and Demboski, who told him they still wanted to stop fluoridation of Anchorage’s water, but they would have to do it legally.

Bronson and Demboski are both right-wing idealogues. We know Bronson’s  anti-science views include opposition to masks and vaccines. To a degree, modern-day fluoridation opponents are anchronisms from the late 1940s and ‘50s, but they are also predecessors of today’s anti-vaxxers.

The science on fluoridation is well established. Fluoride in drinking water, according to the federal Centers for Disease Control, has been proven to promote oral and dental health, safely and effectively. Fluoridation saves billions by preventing expenses for treatments like tooth restorations and extractions and costs like lost productivity and follow-up treatment.

Nevertheless, were it not required by law, Bronson and Demboski were apparently prepared to unilaterally stop the fluoridation of Anchorage’s water – with no community discussion about the health effects on Anchorage residents.

It seems safe to assume that an administration willing to lie, and maintain that lie for days, and repeatedly refuse to explain its actions, cannot be believed without independent confirmation, which is presumably what the assembly is seeking with its records request.

This whole incident underscores the fact that we have a mayor who is a reckless, impulsive, anti-mask, anti-vaccine and anti-fluoridation extremist who cannot be trusted to tell the truth about his intentions or his actions. (Nor can the most senior members of his administration.)

On Dec. 17, the city attorney told assembly leaders that the administration would not be able to fulfill its record request until at least February. In the meantime, Bronson, Demoboski and other top city officials apparently will stick to their cover story, hoping we constituents will get distracted and forget all about their no-longer-secret, anti-science idiocy.