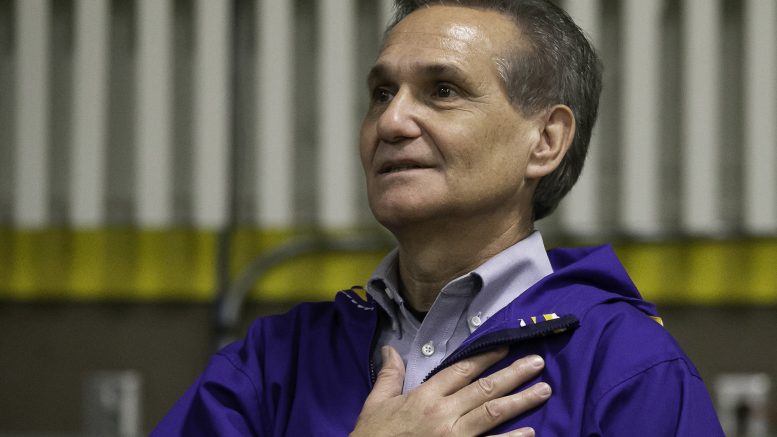 Extreme right Eagle River Republican Sen. Lora Reinbold apparently didn’t get the memo, though, despite spending most of the pandemic railing against government infringements on civil liberties and questioning officials on whether they understood and followed the “Supreme Law of the Land” (which would be the U.S. Constitution and presumably the First Amendment).

In a decision released by the Select Committee on Legislative Ethics on Christmas Eve, the group found Reinbold had, in fact, “blocked comments from a member of the public on a social media site due only to a disagreement with the Senator’s position on particular issues.” The decision orders Reinbold to “refrain from blocking members of the public from commenting on her legislative social media site(s) solely for expressing opinions in disagreement with her own.”

[More: Final decision on Reinbold from the Senate Subcommittee on legislative ethics]

The decision doesn’t call for any further sanctions against Reinbold.

Though constitutional issues surrounding government officials’ use of social media haven’t been set in stone, the prevailing trend is that blocking and deleting comments “due only to a disagreement” from an official page is a violation of the Supreme Law of the Land. That’s because the courts have typically treated official social media pages as public forums, finding that blocking and deleting comments is an infringement on free speech.

The American Civil Liberties Union has this handy explainer on when governmental social media accounts can ban and block people:

Public officials can block comments that are not protected by the First Amendment, including comments that make a true and immediate threat to another person, incite others to imminently violate the law, or contain obscene language as defined by the U.S. Supreme Court. If the page was created specifically to discuss a certain issue (e.g. schools), officials are allowed to remove comments that are off-topic. But, if comments on a government site that praise the official or government agency on a particular subject are allowed, comments criticizing the official or agency on that same topic cannot be deleted or blocked.

The complaint was filed on Feb. 21, just days after Gov. Mike Dunleavy penned a scathing letter to Reinbold accusing her of spreading misinformation about the pandemic. (Note: Your humble editor was suspended from Twitter for reporting comments Reinbold made during a hearing on covid-19.)

In a response written on her office’s letterhead and posted to her personal Facebook account (which would also likely pull that account into the official domain), Reinbold took no responsibility for her actions and, instead, calls the decision the product of a “political witch hunt” and suggests that it’s connected to Dunleavy’s letter.

“I believe that the Ethics Committee is being political weaponized, in direct response to my questioning in public, and on the record as a public official, things concerning the health and wellbeing of my constituents,” she said. “I also believe that the committee is well aware that I am in the middle of an unrelated lawsuit on a similar topic in the Superior Court.”

The governor’s letter has continued to be a sore point for the senator, who’s demanded a full retraction and apology from Dunleavy at nearly every opportunity, including accusing the Senate of doing Dunleavy’s bidding.

Reinbold’s letter also claims her constitutional rights are being infringed because this ruling is apparently an effort to influence the Superior Court on a “unrelated lawsuit.”

She then takes aim at ethics committee members Sens. David Wilson and Tom Begich—who she accuses of various unrelated actions against her—“because I was asking questions” about the covid-19 pandemic.

During the legislative session, Reinbold became a regular headache for everyone in the building with lengthy tangential diatribes that embraced covid-19 conspiracies and her general refusal to follow health mandates intended to protect the health of the Legislature and its employees. She also invited fringe “scientists” and conservative pundits to the Senate Judiciary Committee before she was ultimately removed as its chair. Her access to the building was briefly limited following a dustup with the House and she was ultimately banned from Alaska Airlines for violating its masking rules.

The letter wraps up with a reference to the state law on false allegations but adds “In closing, this letter is not a threat of any form.”